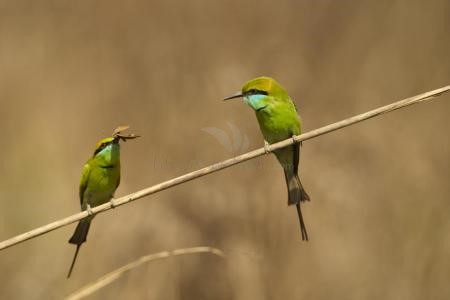 Kanha
Nearest Airport : Jabalpur   Jabalpur To Kanha : 152 Km
Getting to Kanha
Kanha National Park was set up in 1955. The park is home to many species of animals like the Bengal Tiger , Leopards , Barasingha and the Sloth Bear. Over the years the park became well known for Tiger conservation and also it's distinctive forest cover that gives it's inhabitants the ideal surroundings to live and breed. The park has been officially declared as the largest in Central India and ticks all boxes to be termed as the ideal wildlife retreat. Thousands of tourists and travellers from across the country and the world visit the park every year.
Read more
Why Visit ? (Things to see, Things to do, Food, Notes)
Most famous among Madhya Pradesh's Tiger parks ; Distinctive safari experience ; Expansive and vast meadows ; Wide range of species like Tigers , Leopards , Deer and Antelope ; Home to 300 species of birds ; Other animals housed here include Langurs , Indian Bison and Wild Boar ; One of India's most visited National Parks.
Show more
Getting to Kanha
+ More

Kanha Museum: This museum is located inside the park. This is also the best place to get information about the topography and other features of the park.

Bamni Dadar: Well known as the sunset point. One of the most visited places in the park. Animals such as Barking Deer, Gaur and the Four Horned Antelope can be spotted here.

Medicinal Plantation: This plantation is located at a village called Boda Chhapri which is 2 km away from village Mocha and worth a visit. It is important to contact the local forest authorities for permission and the services of a guide.

Nature Trails organised by the park

Kamlesh Dhabha: It is a well known local joint which serves North Indian and Chinese food at reasonable rates. Frequently visited by tourists.
Some of the park's forests are highly commercialised with stores that sell Handicrafts , Handlooms , T-Shirts , Key Chains and Jungle Souvenirs which are sold at a negotiable price.