Best Price GuaranteedWe compare prices across 30 sites to get you the best deals.
' Delicious food ' ' Large rooms ' ' Wonderful staff '
Details
Overview
Velvett Country is a 3 Star Deluxe Resort located at Khandala - 90 kms from Mumbai and 65 kms from Pune which is 11/2 hours drive by car and 21/2 hours journey by train from Mumbai and 45 minutes drive from Pune.
Velvett Country is situated at 1850 feet above sea level spread across 6 acres opened in 1991. Located in a private valley away from the pollution & the highway in lush green locales, the resort is blessed with the beauty of nature.
Also in close proximity to the resort is a five bedroom private bungalow situated in an independent plot of over half an acre.
Reviews
Cleanliness
Dining
Facilities
Rooms
Location
Service
Great food menu
Spacious rooms
Accommodating staff
Well located
Stunning views
Immaculate rooms
Accomodation

The rooms at Velvett Country are set in a verdant environment with the mountains and forests for company. All rooms are air-conditioned and well appointed with features like multi-channel television, refrigerator, telephone and electronic safe.

The resort has 37 well appointed rooms with all the facilities such as T.V., A.C., Refrigerator, Telephone, etc. and offers Mountain View, Forest View or Garden View rooms.

Swedish massage is the most widespread technique of massage in the west. This type of massage is very relaxing for the muscles and soft tissues. There is no doubt that such relaxed massage play an important role in a world dominated by haste and stress.


(Combination of Massage, Yoga and Acupressure) "Thai Massage" hearing these words most people would think of Bangkok's infamous night life in the massage parlours, which offer services quite different from genuine massage. Traditional Thai massage is working on energy lines with massage can break the blockages, stimulates the free flow of life (prana) and helps to restore general well being.


Ayurvedic Rejuvenation Body Treatment is a blend of naturally grown herbal ingredients processed in curd water and sesame oil. Jelly leaf helps to remove fatigue and alleviates muscle ache and pain. Winter cherry helps ease stress, build muscle and tone skin. This treatment is also gentle enough to be used on children as a muscle toner and to awaken the nervous system.


Aromatherapy is a beneficial therapy which has a powerful healing effect on both body and mind. A holistic therapy, it provides treatment to the body as a whole. The healing power of Aromatherapy is known for generations.


Reflexology is based on applying pressure to specific areas of the feet and hand. Reflexology works on energy channels that run through the whole body culminating in the feet & hand. Any part of the body can be stimulated by working on the reflex area of the foot of the same zone. It affects the internal organs and body systems and therefore promotes good health.


Beauty/ Clay therapy: The desire to be beautiful is a universal one. The path to beauty is the path towards consciousness and the origin and purpose of life. Our beauty therapies include mud packs, Facial Fruit & Vegetable packs, Manicure and Pedicure.


Shiatsu is an old Japanese treatment system, comparable to Acupuncture. It relies on the proper application of careful pressure on the surface of the body to eliminate fatigue and to stimulate natural curative abilities of the body. The Japanese word for Acupressure is Shiatsu. It is composed of a character meaning "finger(shi) and another character meaning "pressure"(atsu). Full Body : Duration 45 mins Clay Facial / Facial Natural / Facial Herbal.

Dining at the Farmer's Kitchen - the signature restaurant - is an event in itself. It has a rustic village typecast, where every whiff of food is made superlative with the Chef's touch. There's a delicious fusion of Indian, Continental and Chinese delights, and fresh fruits and desserts. It's an ideal venue to complement a hard day's meeting. For some more spice, enjoy dinner pool side. Nothing matches the taste when had with the cool breeze and canopy of the stars!

Tiger's Leap : It is one of the most fascinating places in this area. If someone carefully observes the valley from this point, it will appear as if a tiger is leaping into the valley. Thus, the place has been named as Tiger's leap.

Duke's Nose : Duke's Nose is a cliff here, which has been named after the Duke Wellington, as he had a pointed nose, which the cliff resembles. However, it is also known as "Nagfani" (Hood of Snake), as it also looks like the hood of a snake.

Karla and Bhaja Cave : Karla and Bhaja Caves are historical rock cut caves, situated at a distance of 16 km from Khandala. They are one of the main attractions here, due to their enormous antiquity and beauty. Located amidst hills, their origin dates back to the 2nd century. These caves belong to the Hinayana sect of Buddhism and are one of the finest examples of rock cut caves in India.

Bhushi Lake : Bhushi Lake situated in Khandala is the ideal spot for all those who wish to relax in the lap of Mother Nature. Its serene and tranquil surroundings and crystal clear water provides immense opportunities for the tourists to rest in peace.

Bedsa Caves : Situated very close to Lonavala,these caves lie to the north of Pawan Dam. From Bedsa there is a hike up hill around 3 Kms for the caves. These caves have huge pillars, lions and human figure and a huge Chaitya hall with resting rooms. The special feature of Bedsa is an arched roof supported by 2,000 year-old woodwork, which provides lighting to the entire cave.

Lonavala Lake : It is a picturesque spot surrounded by natural scenery. The lake is also called as Bushi Lake. The Tungarli Lake, Pavna Lake,Valvan Lake are other famous lakes. The lake dries up during the hot summer months.

Rajmachi Fort : The fort used by the Maratha warrior Shivaji is a must visit place. It can be reached only on foot as it is surrounded by deep valleys on three sides and a thick forest on the fourth. Other must visit forts are the Manoranjan Fort, Shrivardhan fort,Visapur Fort, Lohagad Fort and the Tunga Fort.

Shivaji Park : Shivaji Park, which was known as a playground which was converted into a garden in 1956 there is statue of Shri Shivaji Maharaj in this park.

Ryewood Park : This is a big and beautiful garden situated close to Lonavala. This garden covers a lot of ground and it is full of majestic tall trees. There is an old Mahadeo temple in this park. This garden has plenty of place for children to play.

Valvan Dam : Valvan Dam has a beautiful garden at its foot, and is a popular evening spot. Located about 6 km outside Lonavala, Bushy Dam is one of the most popular tourist spot. This small dam nestled in the forests attracts a large number of people all the year round and more so in the monsoon months. During monsoons, the water running over the steps of the dam creates a thrilling waterfall.

To walk down from Dadar Station to Dadar TT. There are different modes of transport from Dadar TT like sharing Indica A/C cars,Volvo buses. After Hiring the vehicle kindly inform the driver that you want to get down at the first exit of Khandala. Once you are dropped at Khandala, there will be Auto Rickshaws which can be hired for reaching Velvett Country. Velvett Country is only 10 minutes away from there.

To take a train for Lonavla/Khandala. From Lonavla / Khandala Railway station take an Auto Rickshaw for Velvett Country. If you are comfortable going by Volvo buses or AC cars then you need to take a train up to Dadar station & then follow the above instructions.

Mumbai Airport: Cool cabs & Non AC taxis are available outside the Mumbai Airport
Please Note Velvett Country itself is a landmark in Khandala.

Air : Nearest airport is situated in Pune at 64-km.

Rail : Lonavla is on the main railway line between Mumbai and Pune. All express trains plying between the two cities stop here. There is also an hourly shuttle service for Pune.

Location Details
Getting to Lonavala-Khandala 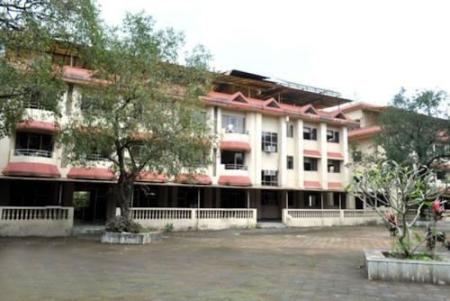 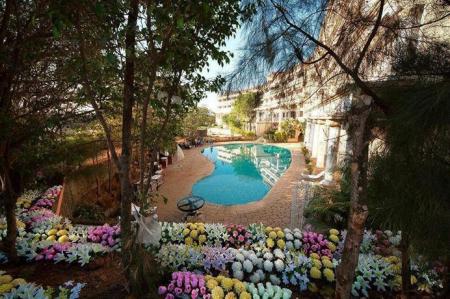