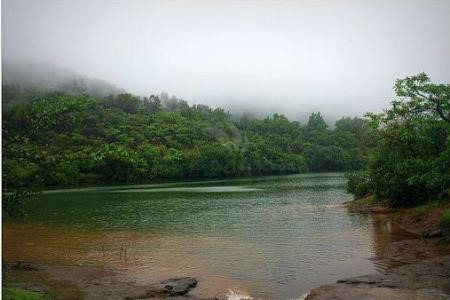 Lonavala-Khandala
Nearest Airport : Pune   Pune To Lonavala-Khandala : 68 Km
Getting to Lonavala-Khandala
"Aati kya Khandala?"- Khandala is a quaint getaway that has left a mark even in Bollywood! Its extensive stretch of romantic, hazy-green Mountains which is nestled in the Sahyadri ranges blends in with its twin hill Lonavla, which sustains a variety of flora and fauna to give you the scenic Khandala.
Lonavla, on the other hand, is derived from the Sanskrit word 'Lonavil' in reference to the numerous caves here. The slopes of the Ghats and hill stations support a variety of plant and animal species makes this a perfect spot for nature lovers, trekkers, and adventure seekers. This ideal weekend getaway has many hotels and resorts that cater to the needs of different travelers. Chikki is a popular snack served at most delis.
Read more
Why Visit ? (Things to see, Things to do, Food, Notes)
Trekking at Tiger's Leap; Time to visit: Between October and March;Explore the cave shrines of Goddess Ekvira Devi; Visit the Rajmachi, Lohgarh, Manoranjan and Tunga Forts; Try Chikki - the most famous local delicacy;
Show more
Getting to Lonavala-Khandala
+ More

Where to Stay in Lonavala-Khandala

If you are looking to cover most of the attractions in and around Lonavala-Khandala region, it is sure to take more than a day and there are a myriad of overnight options.
Khandala:
Sumptuous and splendid & located in close proximity to Duke's Nose, Duke's Retreat is adorned with pristine valley sceneries and amazing amenities along with spacious rooms that offer the sight of the breathtaking Sahyadri hills. On the contrary, Zara's resort is quite pocket friendly and is situated right off the Mumbai-Pune Expressway and is a short walk away from the scenic Rajmachi Garden.
Lonavala:
The Upper Deck Resort is located right in the vicinity of the Valvan lake and dam and as lavish and deluxe as it can get, it offers elegantly equipped cottages and a swimming pool overlooking the verdant hills in the backdrop.
The refined look of Villa San Lawrenz is another swanky option for people who want to stay in the town, close to Ryewood Park and Lonavala lake.
Away from the hustle and bustle of daily life lies Aamby Valley City Resort, an epitome and role model for resorts. Your holiday retreat can't get better than this, 5 star accommodation complemented with an outdoor pool, tennis courts, spa therapies, in-house nightclub and an exotic golf course.
Another choice is the Treasure Island Resort situated enroute the historic Karla Caves, providing you with first class services like a jacuzzi, pools and tennis courts!
On the comparatively less-pricier side, you may want to have a look at the lovely Orchard Resort which proves a spa, pool and other world class amenities and is located close to the Tungarli Lake and the Valvan Reservoir.
Nestled between the Mumbai-Pune Expressway and the Tungarli lake, the Lagoona Resort is a reasonable option for travellers.
A different feasible choice would be The Metropole Hotel right in the heart of the town, granting you easy access to attractions from your base in all directions.

How far are Lonavala and Khandala from one another?

Lonavala and Khandala are located just 3 km away from each other, though the twin hill stations constitute of the same region. Lonavala is bigger of the two and serves as the center for most of the tourist activity.

How do I get there?

By car: As Lonavala-Khandala is cuddled between Mumbai and Pune, it is almost equidistant (Pune is 15 km shorter) from both the cities. Easily accessible from the scenic Mumbai-Pune expressway, Mumbai is 83 km and Pune is 65 km away, both at a drive of approximately an hour and a half. This is one of the smoothest highways in India and the scenery enroute the Sahyadri range is exceptional.
By bus: You can board buses to Lonavala and Khandala from Mumbai and Pune from the city bus stations. They operate on a daily basis and take upto 2-3 hours to reach the respective bus stations.
By train: If you want a journey that will etch itself in your memory for a long time to come, trains are a great option primarily because of the picturesque route! Trains ply from Mumbai and Pune on a daily basis, and most of the Mumbai-Pune trains make a halt at the Lonavala railway station.
By air: Pune Airport is the nearest airport to Lonavala at a distance of 70 km, from where you can hire a cab, catch a bus or board a train. The nearest major international airport is the Chhatrapati Shivaji International Airport at Mumbai, which is 90 km away.

When's the best time to visit?

Lonavala & Khandala are at their delightful best during the monsoon season from June to October, when the lush green of the breathtaking cliffs and the verdant valleys come to life. The winter months between October and February are also ideal to visit as the temperature drops down and downpour also recedes. It is usually hot during the summer months of March to May and tourist traffic is relatively low as compared to the other months.

How do I get around in Lonavala?

Being a small hill station, it is easy to lay eyes on many of the attractions by foot. Taxis need to be hired to reach some far off places that are not well connected. Also, auto-rickshaws are available almost everywhere and they make a good option to get around, but make sure you are not getting ripped off.

What are the main attractions?

Also nicknamed the 'Jewel Of Sahyadri', the hill station's quaint little charm grips you throughout your stay. A great deal of lakes such as the Pawana Lake, Bhushi Lake, Valvan Lake, Shirota Lake, Tungarli Lake and Lonavala Lake are amazing picnic spots for families and friends, some of these lakes also function as dams which adds to the spectacle of the region.
The Karla, Bedse and Bhaja caves are beautiful historical sites dating back to the early 2nd-3rd century B.C. that cannot be missed. The sheer magnificence of Tiger's Leap, scenic charm of Rajmachi Point that allows you to soak in the aura of Shivaji's famous Rajmachi fort & picturesque Sahyadri valley views from the Shivalinga base will leave you awestruck at the whoosh of a breeze. Forts such as the Rajmachi, Lohagad, Korigad, Tunga, Tikona and Visapur Fort are all within the town's vicinity and well worth a visit due to their lovely locations and rich history. Lonavala houses the celebrity wax museum, home to some superlative wax statues and a place where you will have surely have a hard time believing your eyes.
Located on the Mumbai-Pune Expressway, Imagica Adlabs is an amusement park which has three parks - theme park, water park and snow park, and is a must visit as it is just 25km away from Lonavala enroute Mumbai.

Lonavala's Chikki love knows no bounds. This groundnut and jaggery blend is found almost in every other shop and people horde in huge numbers to buy this and other savouries. The famous spicy Vada Pav alongside a hot cup of tea is a local delicacy and should not be missed. The same applies for hot bajjis (pakoras) which is best served on the roadsides.
If you are looking for a drink to quench your thirst, it doesn't get better than soothing fresh coconut water found almost everywhere. Liquor is also found in most restaurants and MRP outlets.
2000+Handpicked getaways
300+ Holiday Destinations
1000+Group Outings
In the
News