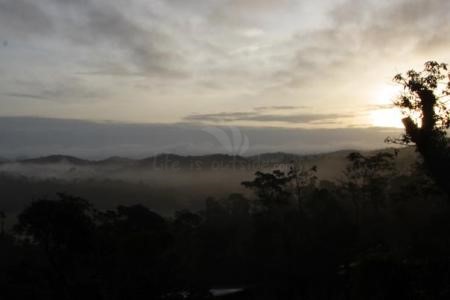 Sakleshpur-Hassan
Nearest Airport : Bangalore   Bangalore To Sakleshpur-Hassan : 210 Km
Getting to Sakleshpur-Hassan
The town lies in the Malnad region on the magnificent hills of the biodiversity hotspot, the Western Ghats. It has a temperate climate surrounded with lofty green hills full of coffee, cardamom, pepper and areca plantations . These crops which contribute mainly to the economy of the Taluk are grown in the surrounding villages and entire taluk are brought to Sakleshpur city for sale.

Sakleshpur, famous for its acres of coffee and spice plantations, has much more to offer. With many well kept secrets, be it the beautiful Green Route where trekkers find paradise or the small but enchanting star shaped Manjarabad Fort, Sakleshpur is a place to be discovered.

Have a truly authentic dining experience at any of the small eateries here. Be sure to try the Akki Roti and Pork Curry!

Manjarabad Fort: Although little known and secluded, Manjarabad Fort offers a beautiful unobstructed view of the Western Ghats. Said to be built by Tippu Sultan, it is believed to have a tunnel leading to the fort at Srirangapatna. A birds eye view shows the Fort to be in the shape of an 8 point star.
Bisle Ghat & Reserve Forest: Roughly 5kms from Sakleshpur, Bisle Ghat has a point from where to scan the horizons, as well as a Reserve Forest, which is, for the most part, undisturbed by human activity.

Green Route Trek: The Green Route extends from the station at Sakleshpur to the one at Kukke Subramaniam. The tracks, surrounded by dense forest offer an awe-inspiring experience. Going through the tunnels is something else entirely. Seems like trekkers paradise!
Although there aren't any high-end restaurants in Sakleshpur, the small eat outs that line the main streets provide authentic Karnataka cuisine.

Savour Akki Roti and the speciality of the region, Pork Curry.

Choose from a selection of spices grown on the hill, such as cardamom, pepper, cinnamon, along with cashews and coffee.
Images of Sakleshpur-Hassan & around
Region More Image x
2000+Handpicked getaways
300+ Holiday Destinations
1000+Group Outings
In the
News