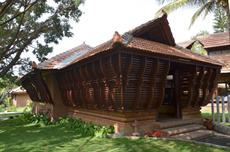 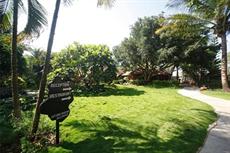 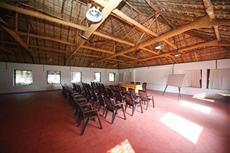 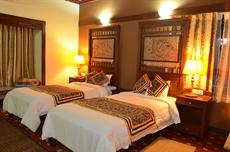 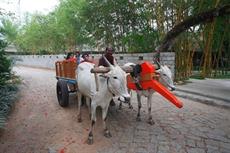 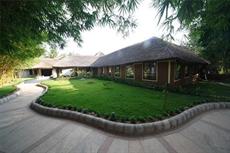 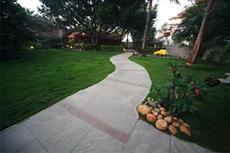 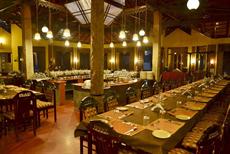 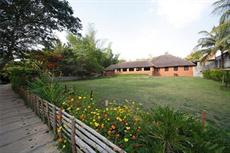 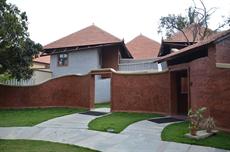 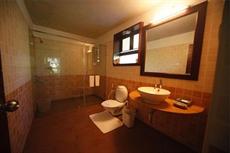 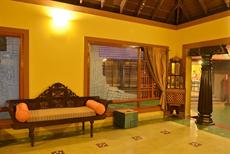 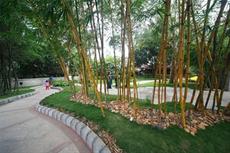 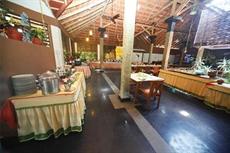 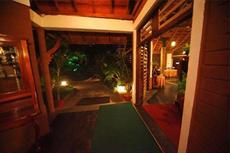 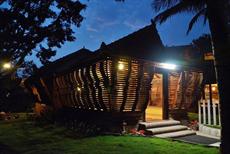 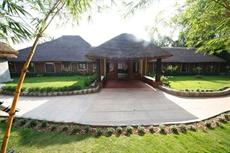 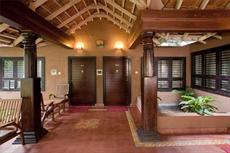 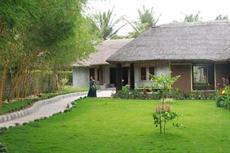 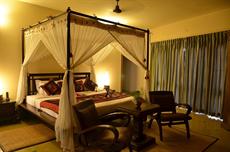 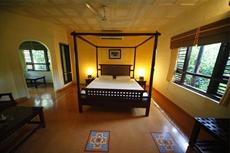 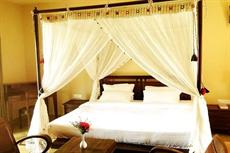 A mere 194 kms from Bangalore and at an altitude of 957 m above sea level, this picturesque town in the heart of the Malanad region was made famous by the Hoysala Dynasty with their unique style of architecture.

Hoysala Village believes in giving you the best of 'comforts' - simple, serene and spacious! The senses are heightened as soon as you enter and drive through the gates of the resort. Lush trees, shrubs and flowering plants adorn the path ways. With the beautiful countryside, lovely quaint villages and fabulous old civilizations to visit, its a great place to leave the city behind and unwind.

At Hoysala, the rooms are built with your comfort in mind, they offer rooms in different themes all around the resort to suit your group and individual needsThe rooms are spacious and offer a very comfortable stay. All rooms are fully air conditioned and have a private balcony that opens to the greenery around the resort.

They offer two types of accommodation for your convenience.
Standard Room:  The standard cottage is a twin occupancy cottage replete with all modern amenities.
Suite Room: The suite room at Hoysala Village Resort has a living room with a sit out area which offers an excellent view of the resort. The rooms are rustic, large and comfortable.

Amenities in the Rooms

They offer a wide variety of activities to make your stay comfortable. Go around their property on Bicycle to come back for dip in our large pool or nice body massage.
They also take you for an early morning or late evening walk around the property to view the local flora and fauna. You can also opt to spend the day in a nearby village to get a real feel for rural life and enjoy harvesting, folksongs, pottery etc.,

The restaurant will more than satisfy your appetite with its scrumptious choice & the large & comfortable rooms will offer the perfect respite at the end of a vibrant day. The resort is also a convenient base to explore heritage centers like Belur, Halebeedu & Shravanabelagola.

They offer food choices from all over the world, be it Indian, Tandoor or Continental, their chefs go out of their way to make your meal enjoyable and custom made to suit your appetite. They offer both buffet and a-la-carte.

Belur : Belur was the early capital of the Hoysala Empire. The main attraction in Belur is the Chennakesava temple complex which contains the Chennakesava Temple ( dedicated to Chennakeshava , meaning handsome Vishnu) as the centre piece, surrounded by the Kappe Chennigraya temple built by Shantaladevi, queen of king Vishnuvardhana.

Halebidu : Halebidu was the 12th century capital of the Hoysalas. The Hoysaleswara temple was built during this time by Ketamala and attributed to Vishnuvardhana, the Hoysala ruler. It enshrines Hoysaleswara and Shantaleswara, named after the temple builder Vishnuvardhana Hoysala and his wife, Queen Shantala.

Shravanabelagola : It is one of the most important Jain pilgrim centers. In Kannada language, "Bel" means white and "kola", the pond, an allusion to the beautiful pond in the middle of the town. It reached a high point in architectural and sculptural activity under the patronage of Gangas of Talakad and the Vishwakarma Brahmin Sthapathis needs to be eulogized for putting this excellent architectural master piece in to reality.

Manjrabad fort : Manjarabad Fort is situated about 30 Kms from Hoysala resort and it is visited by a large number of tourists throughout the year. Set at a height of about 3,240 ft. above sea level, this fort is supposed to have been built during the reign of Tipu Sultan. It is constructed out of stones and mud and it has chambers all around. This Fort served as a strategic defensive location during Tipu Sultan's rule as it commands the approach to the plateau beyond Sakleshpur from the coast. It is also believed that there is a tunnel that connects the Manjarabad Fort to another fort in Srirangapattana near Mysore.

Shettihalli church : The Rosary Church at Shettihalli, near Hassan in Karnataka was built by French Missionaries in 1860. The village of Shettihalli had to be relocated due to the construction of the Hemavathy Reservoir but the Rosary Church got submerged and this is what remains of the church. Strangely, the waters have depleted its structure but not the peace and serenity of the place.

Location Details
Getting to Sakleshpur-Hassan 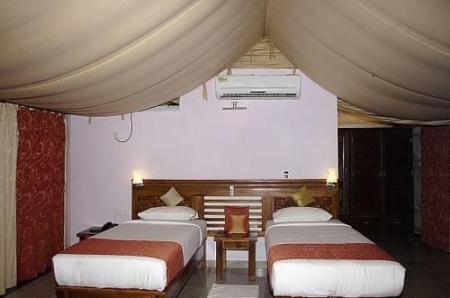 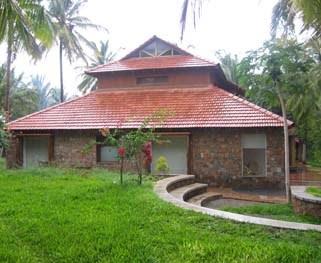 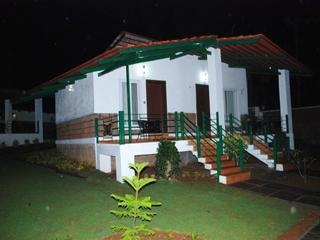