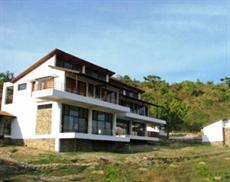 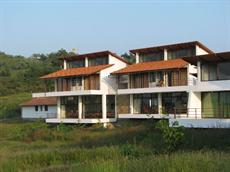 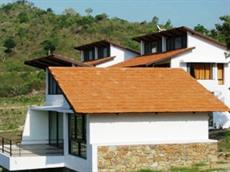 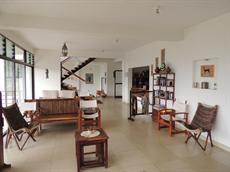 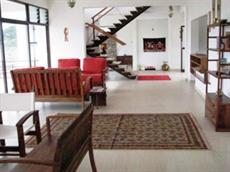 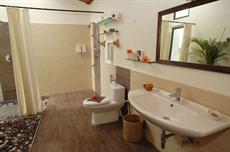 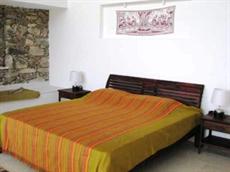 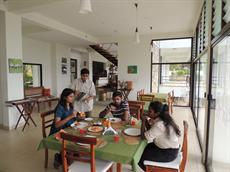 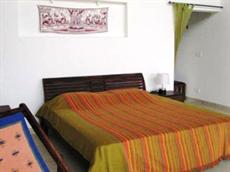 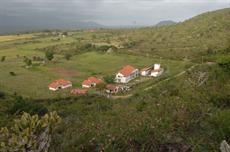 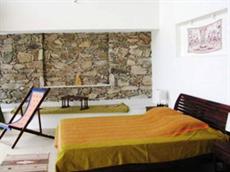 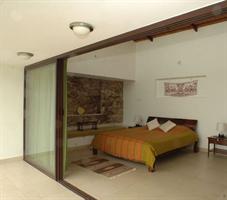 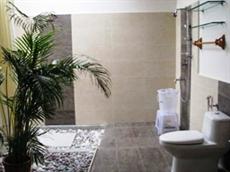 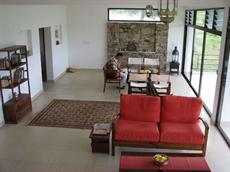 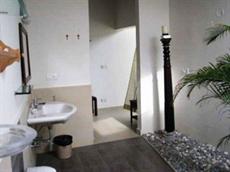 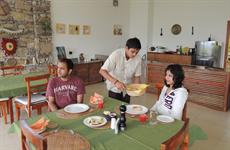 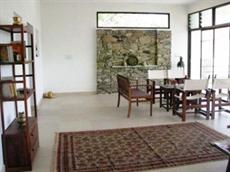 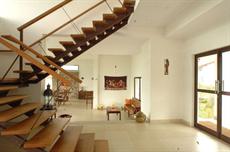 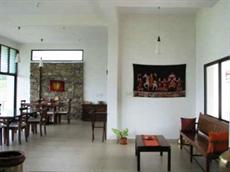 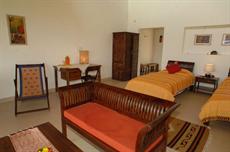 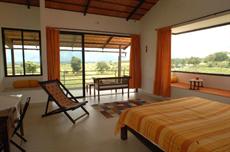 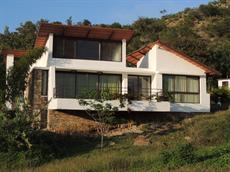 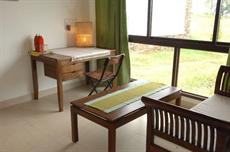 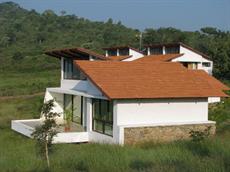 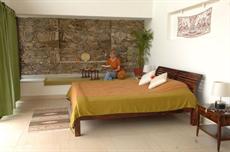 The name Dhole's Den is derived from the Dhole, the Asiatic wild dog (Cuon alpinus). For many years, it was hunted down as vermin but it is one of the most fascinating hunters in the Indian jungle with a complex and unique social hierarchy. The dholes live in packs and are organized perfectly under the leadership of an alpha male and alpha female. The population of the Dholes has been decimated in the various national parks in India and a notable population remains only in national parks like Kanha, Periyar and Nagerhole and of course Bandipur.

Dhole's Den endeavour is to emphasize the importance and the beauty of this animal which wrongly stands in the shadow of bigger and well-known animals like the tiger, leopard or elephant and win support for the conservation of the jungle in Bandipur with the dhole as its mascot.

Dhole's Den offers 5 spacious living units (2 rooms, 1 Suite and 2 bungalows). The guests rooms in the main house are on the first floor. The space for living and sleep intermingle with each other. Space, light, air and sight are the forefront of all the units. Large glass sliding doors offer a panoramic and unhindered view of the landscape and the Niligiri Mountains. Ever changing vistas and hues ranging from misty mornings, village scenery with cowherds passing by to golden sunsets are a treat to watch.

The sobriquet "The Blue Mountains of Ooty" unfolds truly at Dhole's Den. The high ceilings and glass louvers allow the winds to pass through so that the rooms are never too hot even during the mid day heat. Comfortable marble sit-outs reduce the amount of furniture required in the room. The spacious balconies are covered by terracotta tiles so that the guest can enjoy the panorama in the shade throughout the day. Sun bathe, enjoy a sun downer or a private dinner from the free standing balconies which two of the rooms have to offer.

Other than going out for safaris, walks or visiting villages, you can spend you time here at the jogging track, the meditation area or at cooking demonstrations and courses. Personal yoga course can also be arranged upon request.
Wildlife

The Bandipur National Park lies at the foothills of the Nilgiri Mountains in the southern tip of Karnataka and borders the famous Nagarhole National Park to its north, Mudumalai Wildlife Sanctuary (Tamil Nadu) to the south and Wayanad Wildlife Sanctuary (Kerala) to the south west. Together the four parks cover an area of more than 5.500 square km and form a the part of Nilgiri biosphere reserve. Bandipur has the highest population of Asiatic elephants (about 750), 74 Tigers, large heards of Gaur, the largest bovine on earth. Bandipur belonged to the hunting grounds of the Maharaja of Mysore and was famous for its hunting parties. Since 1973 Bandipur is a national park. The area is hilly, changing from 780 - 1.454,5 m and covered with dry deciduous forest, teak, rose wood and bamboo are common.

Dhole's Den is thus also the home of a male Kanni and female Chippiparai. These are south indian sight hounds resembling the Saluki and the Sloughi from arabian countries and were mainly used for hunting. The male Kanni named Shaka and the female Chippiparai named Zulu call Dhole's Den home. They are a treat to watch as they play on the campus. Watch this space for more information on these breeds.
Getting there

How to reach Dhole's Den Bandipur:

From Mysore:
From Coimbatore:
From Calicut:
Location Details
Getting to Bandipur 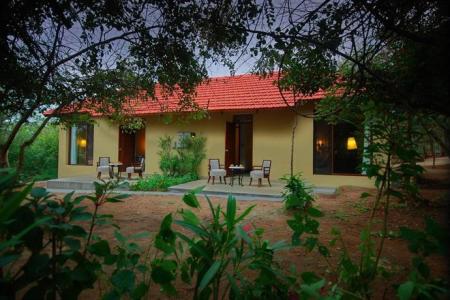 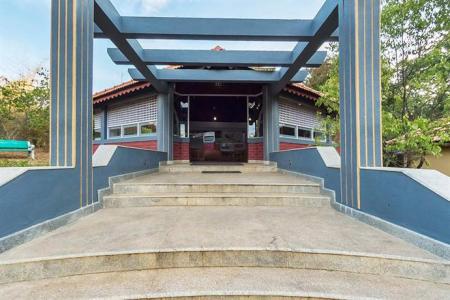 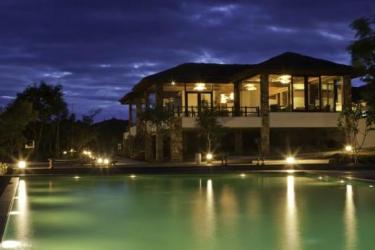