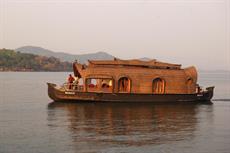 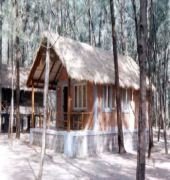 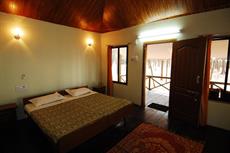 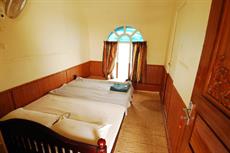 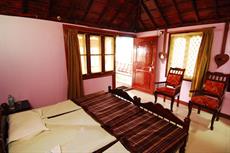 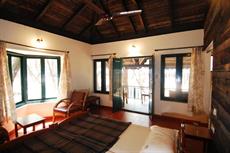 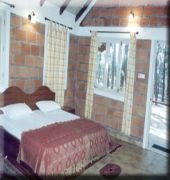 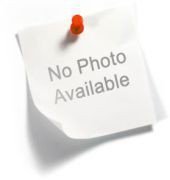 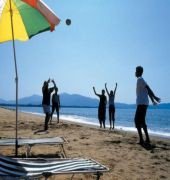 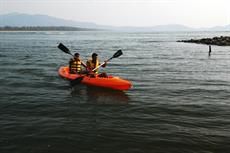 Devbagh is a mesmerizing experience for all beach lovers. A land of converging landscapes, Karwar lies on a thin strip of tropical sand that is bound by the Western Ghats on its eastern side and embraced by the Arabian Sea on the west, about 3 km away, is Devbagh. Building sandcastles, collecting colourful seashells, chasing small crabs on the sands, swimming in the sea... will all bring back your childhood days! Not to forget the endless sessions of beachcombing, beach-volleyball, or just plain lazing on a hammock watching the shimmering sea.

Rabindranath Tagore's  "Prakritir Pratishoota" or 'Nature's Revenge', a dramatic poem, and his very first play was the genesis of his whole literary career, and the inspiration of Karwar remained in all his later literary works. Devbagh Beach Resort is located amidst a Casuarina grove on the charming Devbagh beach.

Speed across by boat to reach the Devbagh Beach Resort. An endless stretch of pristine sand, covered with graciously swaying casuarinas, and hallowed by the blue waters of the Arabian Sea, Devbagh is a breathtaking fairyland. Cozily furnished loghuts-on-stilts and a local gazebo called the Gol Ghar, will leave you comfortably marooned on this island.
The resort has well-appointed log huts on stilts, cottages and fisherman huts all with attached baths."

The Cuisine
The resort has the open-to-sides gazebo (Gol Ghar) exclusively for guests dining. We offer you best of local vegetarian and non-vegetarian cuisine. The fish served is fresh and would tantalize your taste buds. Chinese and Continental meals will be provided on request. All our meals are buffet style and served at the Ghol Ghar.

Devbagh resort has become popular for its water sports and other adventure activities. We offer snorkeling, speedboat cruises, banana boat rides and para-sailing. These water sports are conducted in association with M/s. J R Paradise Adventure Resorts Pvt. Ltd and the instructors are experienced water sports personnel and adhere to very strict safety guidelines. Our equipment used in all these sports are imported and maintained to world-class standards.
Bustling with activity, the fishing harbour is definitely worth a look too.
To follow on Tagore's footsteps, cruise up the Kali River from the point where river meets sea. Watch the dolphins as they gracefully dive into the azure waters.
Off the coast of Karwar and visible from Devbagh, are four other islands: Kumaragarh, Oyster-rock, Anjudeep and Sanyasi.
If you feel that you should move around and look around Karwar, there are lots of them waiting to be discovered...

Getting there
Devbagh Beach Resort is located 22 km south of the Goa border. It is 3 km from Karwar from where you could speed across in a boat to reach the resort. It is 100 km from Dabolim (Goa), 500 km from Mumbai, 112 km from Dandeli and 520 km from Bangalore.

By Air: You can fly to Goa Airport, and take a taxi. Devbagh is just 2 hours from there.

By Train: Karwar is connected by the Konkan railway to Delhi, Mumbai & Mangalore. Some fast trains do not stop at Karwar; hence one has to get down at Madgoan or Ankola and catch a taxi or a slower train to Karwar.

By Bus: Overnight deluxe bus services are available from Bangalore. Buses also ply between Madgoan and Karwar at regular intervals.

Location Details
Getting to Karwar 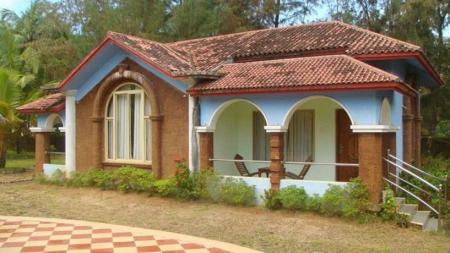 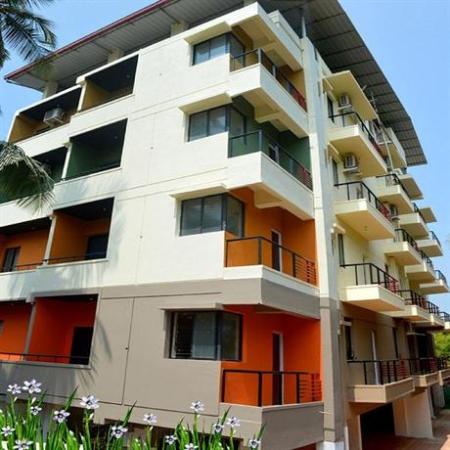 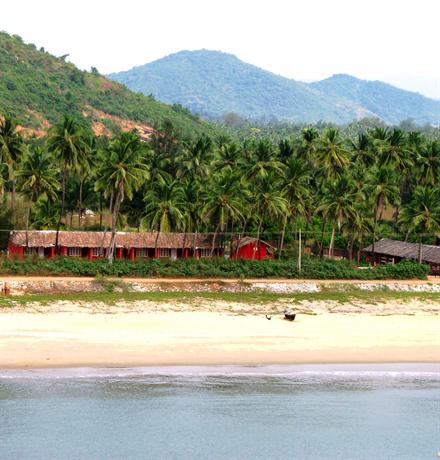