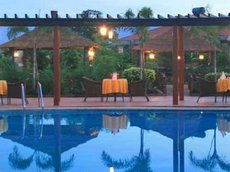 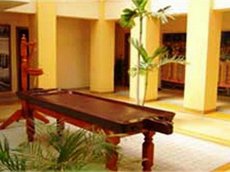 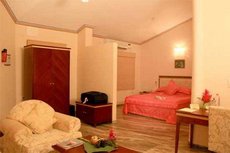 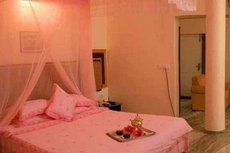 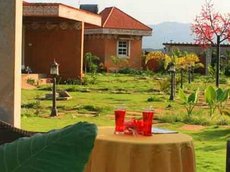 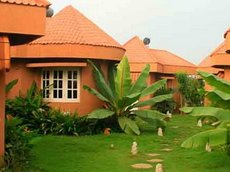 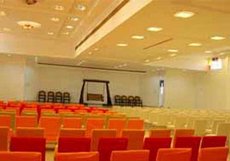 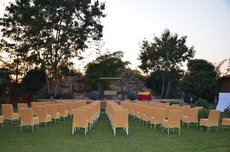 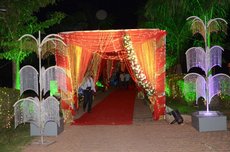 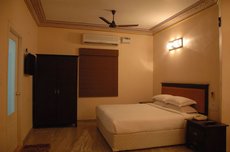 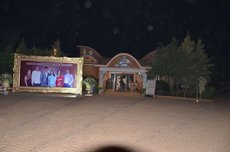 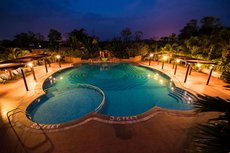 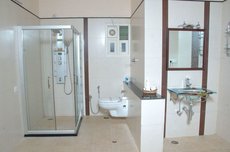 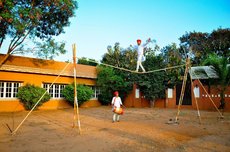 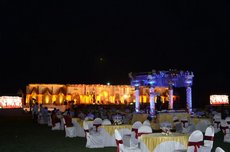 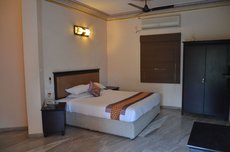 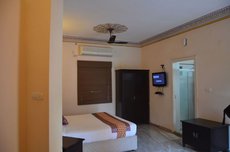 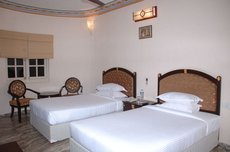 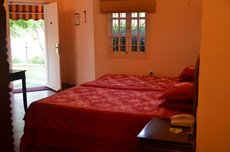 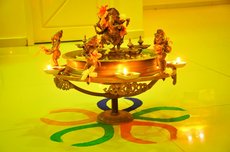 Best Price GuaranteedWe compare prices across 30 sites to get you the best deals.
' Wonderful staff ' ' Stunning pool ' ' Delicious food '
Details
Overview
Located on the way to Hampi, Vijayshree Heritage Village has the perfect blend of tradition and culture with the technology and hospitality to make you feel comfortable. It is the an ideal gateway to the World Heritage Centre of Hampi where history beckons you to travel back in time and feel the grandeur of the kingdom that existed and flourished.

Attractions
Your stay at Vijayshree is not complete without a visit to the adjacent theme Heritage Village that they have set up. Here you can experience rural Indian life, complete with fun l camel rides, tribal dancers, astrologist, magician, puppeteers etc. They also have a 32-dish traditional Rajasthani vegetarian dinner.

Anegundi
Anegundi, older than Hampi, is situated on the northern bank of Tungabhadra River. Huchappayana matha temple (with black-stone pillars and dance sculptures), Pampa Sarovara, Aramane (a ruined palace), Ranganatha temple, Kamal Mahal, and Navabrindavan are the major attractions. Nimvapuram, a nearby village, has a mount of ash believed to be the cremated remains of monkey King Bali.
Anegundi, believed to be the monkey kingdom of Kishkindha in the epic of Ramayana, is at a distance of 5 km from the historical site of Hampi. Anjanadri hill, the birth place of monkey-god Hanuman, and the mountain Rishimuka are the other places near Anegundi associated with Ramayana.

Tungabadhra Dam
The Tungabhadra dam is constructed across the river Tungabhadra. Tourists can have a wonderful view of the waterpower of the dam, while standing at any part of the dam. Andhra Pradesh and Karnataka are the two states that share the stored water among them. To reach the dam, tourists have to take a drive through a narrow road and some surrounding hills, which are bound with coffee coloured soil and green plants. There are some small and multicolored houses beside the road. If we discount the telephone and electric lines which moves in a zigzag way, the scenery of the road is beautiful. An entry to the each end of the dam is limited due to the security reasons. The dam has 33 spillway gates to release water.
A small house that serves as a lighthouse is located at the top of a mount, beside the Tungabhadra dam. This lighthouse is one of the best places to have an eye-catching view of the environment. The government of Karnataka has designed a beautiful garden at the foot of the dam, which is one of the ideal places to spend some leisure moments. On the arrival of monsoon in the months of May and June, all the gates of the dam are closed to store water in it.

Badami - A day Excursion
Badami was the capital of the Early Chalukyas, who ruled much of Karnataka and Andhra Pradesh between the 6th and 8th centuries. It was founded in 540 A.D. by Pulakesi I(535-566 AD), an early ruler of the Chalukyas. His sons Kirthivarman (567-598 AD) and his brother Mangalesha I (598-610 AD) constructed the cave temples. The greatest among them was Pulakeshi II (610-642 AD) who defeated many kings including Pallava king Mahendra Verman I and extended the kingdom.
The rock-cut Badami Cave Temples were sculpted mostly between the 6th and 8th centuries. The four cave temples represent the secular nature of the rulers then, with tolerance and a religious following that inclines towards Hinduism, Buddhism and Jainism. cave 1 is devoted to Shiva, and Caves 2 and 3 are dedicated to Vishnu, whereas cave 4 displays reliefs of Jain Tirthankaras. Deep caverns with carved images of the various incarnations of Hindu gods are strewn across the area, under boulders and in the red sandstone. From an architectural and archaeological perspective, they provide critical evidence of the early styles and stages of the southern Indian architecture.

Getting there
Reaching Hampi is not a problem at all with the convenience of a huge variety of conveyance options. W

By Rail:
If you are in a dilemma about how to reach Hampi by rail, you have plenty of good options although Hampi does not have its own railhead. The nearest railway station from Hampi is Hospet, which lies at about 13 km from Hampi. It offers around 10 daily trains and roughly 5 special trains, which operate once or twice a week. Two of these trains ply from Bangalore which is in turn well connected to the major Indian cities like Chennai, Kolkata, Delhi, Mumbai and other prominent tourist sites across India.

By Road:
A good set-up of roads and road transport connect Hampi to and from all major towns of Karnataka and the surrounding areas. It actually offers excellent road network to Bangalore which is around 350km away and other major cities of Karnataka. KSRTC buses offer services on regular basis from Hospet to Hampi. Towns like Hassan, Hospet, and Mysore are also well connected with Hampi. Taxis or auto-rickshaws are good options to explore the ruins of Hampi. You can also rent bicycles which will further cater to your adventurous moods.
Location Details
Getting to Hampi 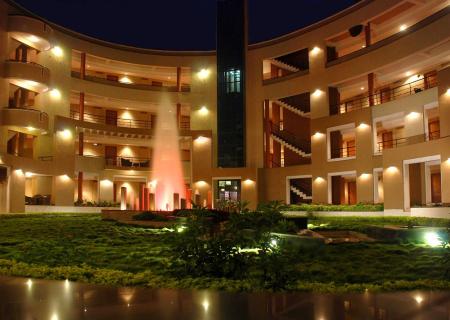 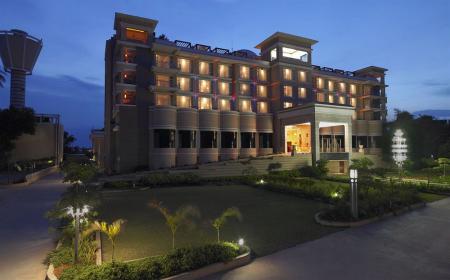 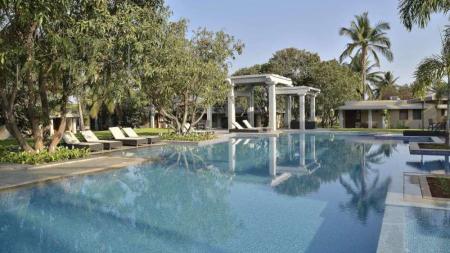