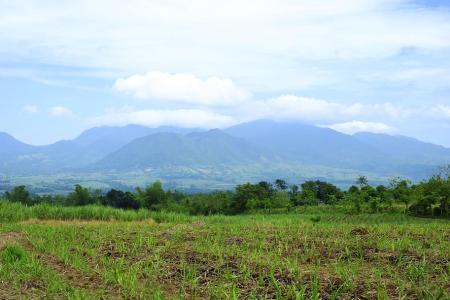 Negros
Nearest Airport : Dumaguete
Getting to Negros
Being termed as a rugged natural retreat is quite an understatement when you talk about this lovely island province. With pristine beaches, a spectacular coral reef and a tropical tree cover that could grace the cover of any travel guide, Negros is one of the most complete island retreats you can think of. Also the island is also known for a vibrant nightlife, rich cultural heritage and it's own tucked away places further inland or on the strip promising exclusivity and a memorable time.

Read more
Why Visit ? (Things to see, Things to do, Food, Notes)
Fourth Largest island in the country ; Well known for its active volcano, the Kanlaon ; Ideal for trekking and camping ; Water sport Paradise ; Well known war museums and memorials ; Foodie paradise ; Coral cover is among the best in Asia
Show more
Getting to Negros
+ More

Why Visit ?
Balay Negrense Museum: This landmark is known to be an ancestral home which has been renovated and restored over a long period of time. The interiors are awe-inspiring with some of the well known colonial architectural styles at play. The mansion also serves as a museum holding some of the most rare and well-preserved artifacts in the country.
Negros Ecological Foundation: A zoo run by an initiative aimed at preserving some of the rare species of birds inhabiting the island which are heavily endangered. The zoo also acts as a bio-diverse reserve with amazing floral and faunal diversity attracting thousands of travelers through the year.
Cata Al War Museum: The museum is known to house some of the most rare and forgotten war memorabilia and artifacts along with a good collection of rare books and prints detailing various wars seen by the island.
The islands, Occidental and Oriental , are known to be a good water sport destination where you can indulge yourself in:
Scuba Diving
Snorkelling
Swimming
Fishing
Diving
Cafe 1925 ,Silay: A wonderful Italian restaurant which is ideal for visiting travelers as it serves delightful dishes from the local cuisine such as the well-loved Pastas and Pizza with splendid seasonings and toppings.
365 Modern Cafe, Bacolod: This cafe, located in Bacolod's fuel star station is known to be one of the best Pizzerias on the island with a huge menu of hand-tossed, deep and wood-fired pizzas along with a lovely list of beverages which make the experience even better.
Driftwood Restaurant: Associated with the resorts that go by the same name, the restaurant is another one of the island's world-class Italian restaurants, specializing in fine Italian and Continental specialties attracting visiting travelers and garnering top reviews.
The Negros Showroom: A well known crafts and art emporium which is known to house some of the island's well known crafts , fine art pieces and paintings along with some well known Filipino collections which are a must-see.
Asilo De Molo: Another store among the island's well known which is known for selling apparel, handicrafts and handlooms , some of which you cannot find anywhere else.
Language: Filipino and English
Climate: The climate here is known to be tropical with extremely hot and humid summers, mild winters and heavy rainfall throughout the year.
Currency: Peso
Images of Negros & around
Region More Image x
2000+Handpicked getaways
300+ Holiday Destinations
1000+Group Outings
In the
News