The true meeting point of the east and west in ideal harmony. That is what Om Beach Resort is all about, the virgin beauty of nature in her pristine purity to be enjoyed in the sophisticated comfort of western lifestyle.

That's Om Beach Resort in Gokarna in Karanataka, famous for most of its exquisite monuments that india can boast of.

The ancient town, Gokarna, is famous for its temples and beaches. With its narrow streets, traditional houses and temples, this unassuming town has become the favourite haunt of pilgrims, sanskrit scholars and beach buffs. Locally, it is believed that Gokarna derives its name from a legend in which Lord Shiva emerged from the ear of a cow. Literally meaning 'cow's ear' this village is formed by the ear-shaped confluence of two rivers.

OM beach . One of Gokarna's five acclaimed beaches, takes the shape of an 'OM' a spiritual Hindu symbol. It is considered one of the most important places for fulfillment spiritually, phisically and motionally..

The Resort has 12 Palatial colonial English type Suite rooms over looking golden stretch of Beach and verdant green hills in Gokarna on the way to the famous OM Beach, one of the Gokarna's five acclaimed beaches. The resort  has all the modern facilities like air-conditioned rooms, multi-cuisine restaurant and a well stoked bar.

Location Details
Getting to Gokarna 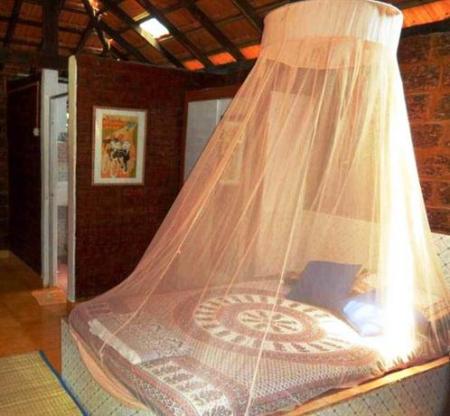 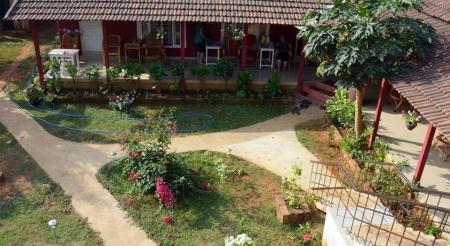