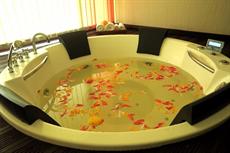 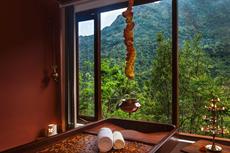 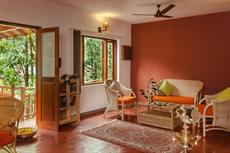 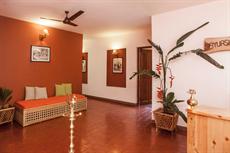 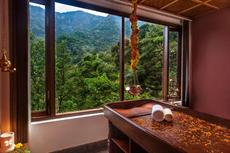 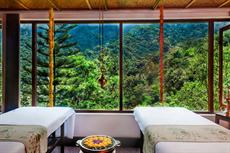 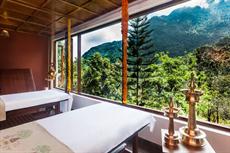 Best Price GuaranteedWe compare prices across 30 sites to get you the best deals.
' Stunning pool ' ' Big balcony ' ' Good for shopping '
Details
Overview
The Kurumba Village Resort is a rare aromatic arena; far from spicing with mere words, they have established fifteen self-sufficing cottages amidst a spice haven where nutmeg, cloves and pepper abound. These spice trees were originally introduced to the Nilgiris by the English. They have consciously enriched the "spice sanctuary" with other enchanting trees such as Jacaranda and Spathodia. They also have Jackfruit and Rosewood trees.
The name of the Resort simply reflects their desire to retain whatever is available of their ancient heritage. Of the five ancient tribes of the Nilgiris (Todas, Kothas, Kurumbas, Irulas and Badagas), the Kurumbas were (and are) closest to being in tune with the beauty of nature. The invigoratingly clean air of the Kurumba Village Resort is to be breathed to be believed!
Reviews
Cleanliness
Dining
Facilities
Rooms
Location
Service
Loved the pool
Liked the balcony
Convenient shopping nearby
Outstanding views
Great food menu
Welcoming staff
Facilities
General
Room Service, Bath, TV, Shower, En suite, Private Bathroom, Private Toilet
Services
Conference Room(s), Multilingual Staff, Laundry service
Check In
From 12:00 PM
Check Out
Prior to 11:00 AM
Room Service
Swimming pool
Conference Room(s)
Multilingual Staff
Bath
TV
Laundry service
Garden
Billiards
Shower
En suite
Private Bathroom
Private Toilet
Pool Outdoor
Games Available
See More
The Stay
In keeping with the life style of the ancient Kurumba folk, the accommodation is provided well equipped cottages and suites.
Cottage
The Cottages are airy and exotic with their Kurumba-tribal-styled thatched cottages, which are pyramid shaped, have bright interiors with pristine color and thatch-work roofs. Every room has its exclusive balcony with ornamental railings made of areca-nut wood. There are king size beds surrounded by intriguing Kurumba artifacts and painting, on the arches and walls.
Suite
The suites are large in area approximately 1000 square feet . The bedrooms are with king size beds and have large french windows with simply fantastic views. Earthy colours are predominant.

Jacuzzi Suite
The jacuzzi suites are above 1000 square feet with a large living room having your personal dining table.The bedroom has a king-size 4 poster bed with large french windows leading to a spacious balcony. The bathrooms have their own private jacuzzi.
Facilities
Dining
In a large Restaurant with 30-feet-tall thatched roof and enticing ceiling, they serve a multi-cuisine spread. There are expert chefs to cater to your culinary tastes.
Conferences
The Kurumba Village Resort is synonymous for providing the right blend of service, luxury and quiet efficiency.

Apart from these, you can also go for an educative and aromatic Spice Plantation Tour held at the resort.  It starts with a trip to the forest that lets you admire the flora and fauna. On your return to the resort that is amidst a serene spice plantation, you're guided on a spice trek where the focus is on the growing, harvesting and maintaining of spices likes nutmegs, cloves and pepper creepers that grow in abundance in and around this valley. (Timings: 8:00 - 9:30 AM or 4:00 - 5:30 PM)

Getting there
The dreamland is situated adjacent to the ghat road between Ooty and Mettuppalayam in the area known as Upper Burliar. The resort could also be reached by one of the most romantic of vehicles: The Nilgiri Mountain Train except that you reach Coonoor and travel by road for 12 kms.

Getting to the Kurumba Village by road
The travel time between Coimbatore and the resort is 80 minutes by road.
Location Details
Getting to Coonoor 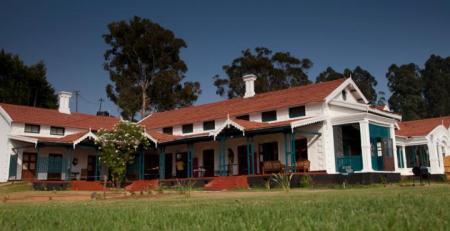 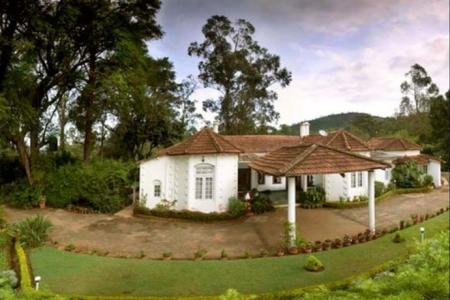 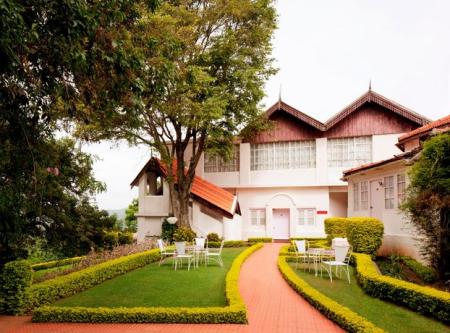