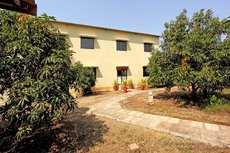 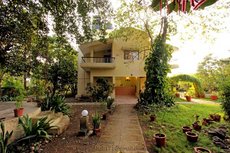 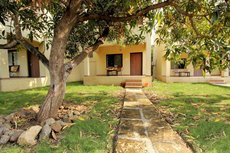 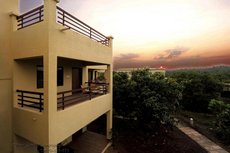 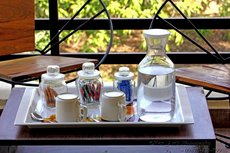 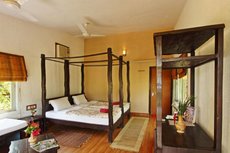 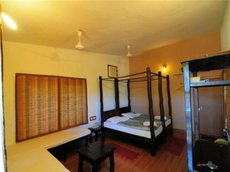 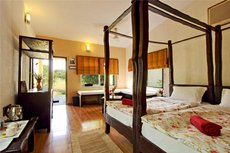 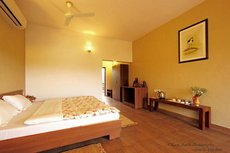 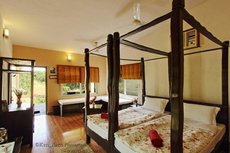 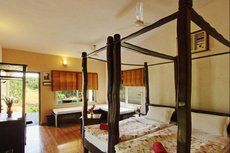 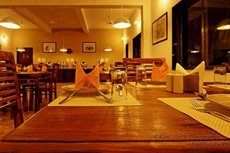 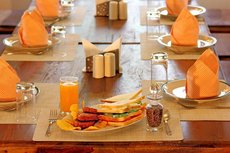 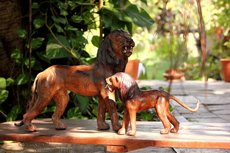 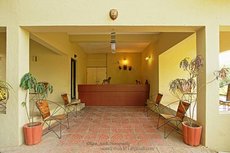 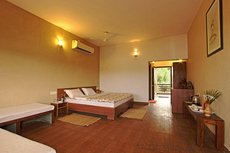 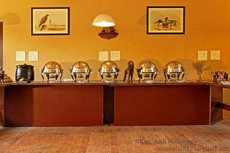 Best Price GuaranteedWe compare prices across 30 sites to get you the best deals.
' Large rooms ' ' Wonderful staff ' ' Great location '
Details
Overview
The Gir Birding Lodge is located in a large mango orchard at the entrance to the Gir Wildlife Sanctuary. Comfortably furnished, the rooms and cottages are surrounded by groves of the famous Kesar Mango of the Gir hills and other vegetation ensuring that a good number of birds come into the property itself.

Appointed in Gujarati-style with low settees, mattresses and bolsters, and decorated with wildlife photographs and regional handicrafts, the dining and drawing areas on the first floor of the lodge are airy and have large windows and verandas that are ideal to enjoy the view of the forests and watch birds in the orchard and nearby sanctuary.

Geared-up for birders and other nature lovers, the lodge has knowledgeable resident naturalists to take guests for birding walks and excursions, a natural history library and arrangements for game-watching drives in the sanctuary.

Reviews
Cleanliness
Dining
Facilities
Rooms
Location
Service
Well-sized rooms
Welcoming staff
Conveniently located
Beds were immaculate
Clean rooms
Facilities
General
Room Service, Restaurant
Services
Tour Desk, Luggage Storage, Self Laundry
Check In
From 2:00 PM
Check Out
Prior to 11:00 AM
Parking
There is an airport shuttle that runs from the hotel.
Room Service
Restaurant
Airport shuttle
Tour Desk
Garden
Luggage Storage
Self Laundry
See More
The Stay
The lodge has rooms and cottages all with attached toilets, featuring western toilet fittings, hot and cold showers. Comfortably furnished, the rooms and cottages are surrounded by groves of the famous Kesar Mango of the Gir hills and other vegetation ensuring that a good number of birds come into the property itself.

Room types
Dining
North Indian and western set-menu meals are served in these rooms that have a superb view of the deciduous forests from large windows, doors and verandahs. They also entertain special requests for meals like traditional Gujarati/Kathiawadi regional dishes, North-West Indian street-food specialties, Kumaoni-style Chinese and of course the famous seafood from Veraval (a major fishing pier for lobster, crab, prawn and seafish like pomfret and kingfish) one hour away.

Places of Interest
Veraval (36 km)
The fishing port of Veraval is known for its dhow-building yard where massive hand-built seaworthy vessels are made. Once a port of the Nawab of Junagadh, it has old gates and historic buildings.

Somnath (40 km)
Somnath is one of the 12 jyotirlingas or holy abodes of Lord Shiva. The main temple is an important pilgrimage for Hindus and its riches were ransacked by invaders.

Junagadh (63 km)
Historically, Junagadh is one of the most interesting cities of Gujarat. The Uparkot Fort of the Chudasama Rajputs rises from a hilltop and has 11th century monuments inside the imposing battlements. The city museum has archaeological finds and manuscripts.

Girnar (60 km)
This 3660-ft high hill rises on the outskirts of Junagadh with temples on ridges and on the summit. The 12th century Jain Temples are specially attractive with exquisite carvings.

Jetpur (90 km)
The textile town of Jetpur is known for its block and screen printing workshops and is good for shopping.

Diu Island (95 km)
Diu Island was once ruled by the Portuguese and is now a Union Territory. Popular as a beach destination, the island also has a 16th century Portuguese Fort, the impressive St Paul's Church, Diu Museum and old houses. Flamingos, storks and waders can be seen at the creeks of Diu.

Gondal (123 km)
A princely state known for its progressive rulers, Gondal is a good place to stay in the luxurious comfort of palatial rooms at a heritage hotel. For birders, Gondal is interesting as it has large water bodies.

Jamnagar (151 km)
The princely city of Jamnagar is dominated by its many palaces. Known for its tie-and-dye (bandhini) fabrics and its temples, Jamnagar also has a bird-rich lake where more than 75 species of birds have been listed.

Rajkot (164 km)
The bustling city of Rajkot has the Watson Museum, Gandhiji's childhood home, Rashtriya Shala working to revive rare weaves and handicrafts, and public schools. The lakes around the city are good for waterfowl.

Porbandar (187 km)
The birthplace of Mahatma Gandhi, Porbandar was the capital of an important princely state and has many historic buildings.

Dwarka (225 km)
One of the Char-dham yatras (four holy abodes) and one of the seven holiest cities of Hinduism, Dwarka has an important Krishna Temple, an attractive 12th-13th century Rukmani Temple, Sankracharya's Math and the Nageshwar Jyotirlinga.

Getting there
From Overseas
Ahmedabad International Airport is about 390 km from Gir and the drive takes about seven to eight hours depending on the number of stops en route.

From Delhi
By Air : The nearest airport with connectivity to Delhi is Ahmedabad about 390 km from the lodge and the drive takes about seven to eight hours depending on the number of stops en route.
By Train : There are trains to Rajkot and then the drive of about 164 km takes three to four hours.

From Ahmedabad
There are trains to Junagadh, 60 km from Gir, or Veraval, 40 km from Gir, and the drive takes about one hour from either. There are also trains and buses to Sasan, near the lodge, from Junagadh / Veraval.
In GeneralBy Air
By Rail
You can check fare and book class 2A (air-conditioned) or SL on www.indianrail.gov.in. 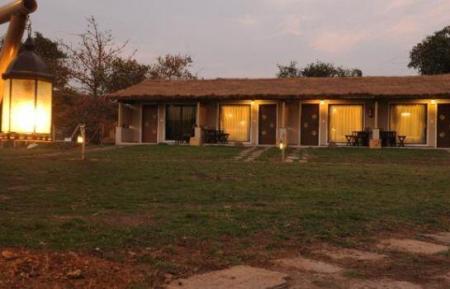 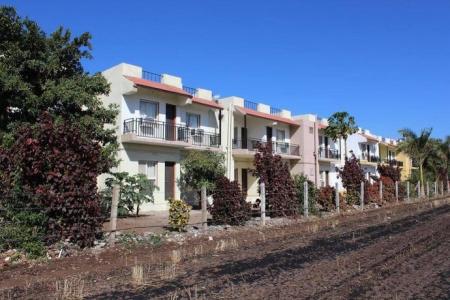 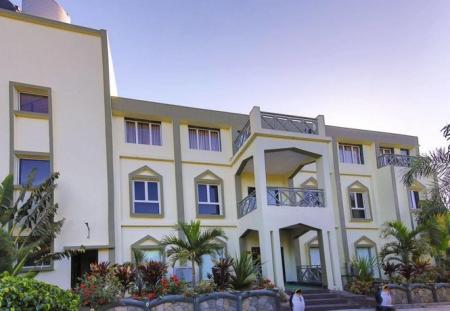